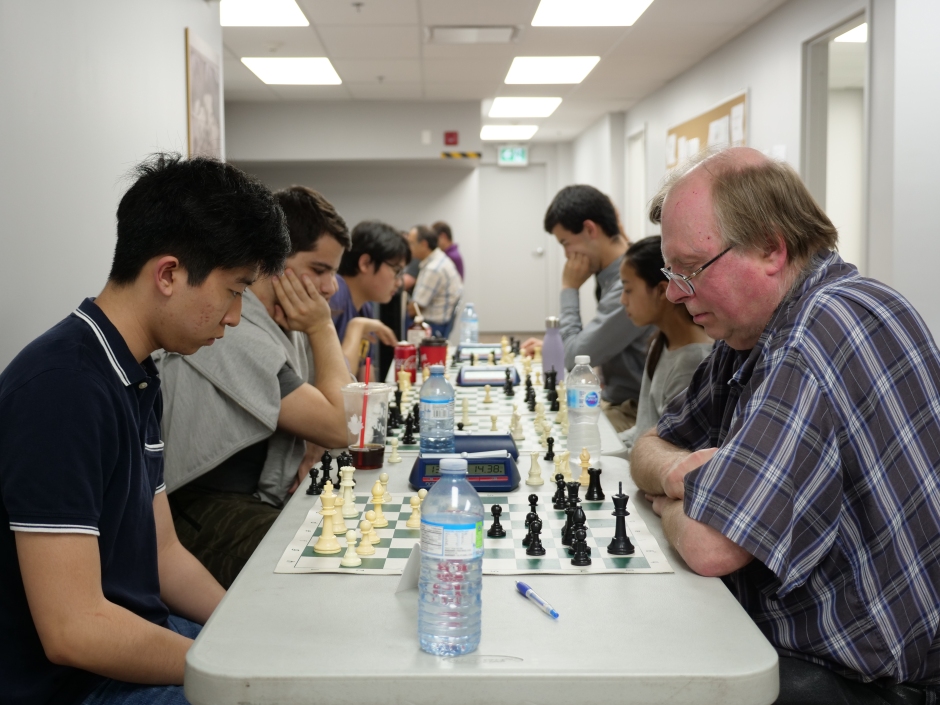 On Monday, June 24th, four teams from HHCC had a formidable showing at the 2019 Greater Toronto Chess League Cup. The GTCL Cup is an annual team tournament (with four players–or “boards”–per team) which brings together the vibrant Toronto chess community for a night of rapid games, fun banter, and spirited competition.

From alumni to new members, and from National Masters to players who’ve recently fallen in love with the game, HHCC sent a diverse and talented delegation to the tournament. Captained by Alex Ferreira (whose ingenuity and quick thinking allowed HHCC to create a fourth team just as the tournament was about to begin!), our teams performed exceptionally well.

Despite not being able to play in the first round, Hart House Drafts placed fourth in the tournament with an outstanding 3.5/5 game points.

Hart House Masters accumulated a praiseworthy 3/5 and earned sixth place, and Hart House Students were but a half-point away.

Hart House Blossoms–for some of whose players this was the very first tournament!–impressed us all with their dedication and resilience, earning an incredible 2 points.

Though, unlike last year, HHCC  didn’t return with the grand trophy, the tournament was a wonderful experience. What a delight it was to witness the spirit of camaraderie among Hart House players from all walks of life!

We would like to take the chance to thank the organizers at Annex Chess Club for their time and unwavering commitment to putting together the fantastic tournament, and look forward very much to attending the GTCL Cup again next year!

A thank-you also goes to Panayoti Tsialas, Elly Chen and Alyssa Rusonik for compiling a photo-gallery of the event!