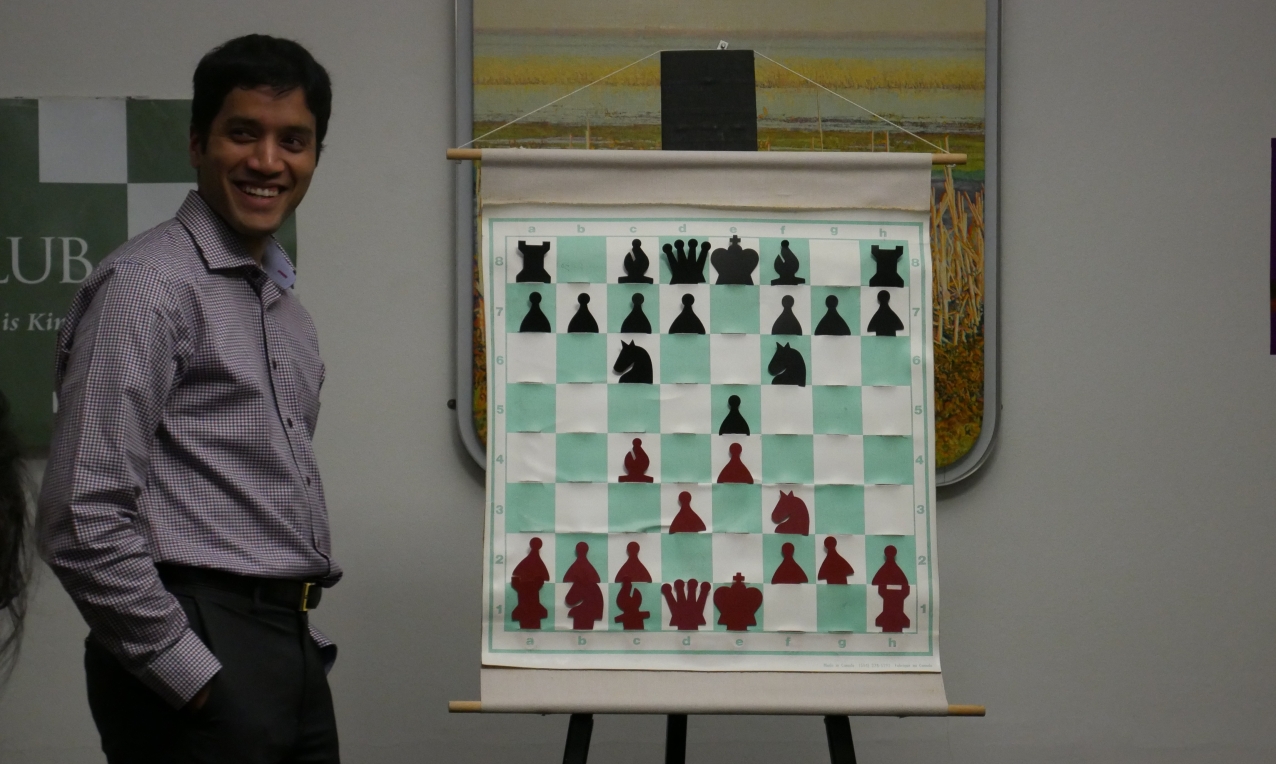 On Friday, December 8th, the Hart House Chess Club had the unique honor and privilege to host an elite chess lecture by Canada’s most recent International Master, Shiyam Thavandiran!

In the South Dining Room, which was full of U of T students and other chess enthusiasts, IM Thavandiran made a presentation on “Prophylactic Thinking”, introducing the concept of prophylaxis by showing examples from the classics and his own games. Rich in valuable chess advice and garnished with delicious world chess championship stories, Shiyam’s lecture lasted for a good 2 filling hours, teaching the audience effective ways for recognizing their opponent’s resources and developing preventive thinking.

Shiyam’s record of achievements is long and impressive! He has won 11 Canadian School and Junior Chess Championships and he has represented Canada in the World Youth Chess Championships four times. He was awarded the FIDE Master title in 2006 and he became an International Master in October 2017! He has been voted Canada’s Chess Player of the Year twice (Fan Ballot: 2008 and 2009).

Our club’s Director of Communications, Panayoti Tsialas, joined Shiyam after his lecture and had a brief interview with him about the evolution of AI, the importance of classical time control and the ability of chess to make you a better student!

We are delighted to have had Shiyam as our guest lecturer at Hart House Chess Club and we are looking forward to host more events with him in the future! 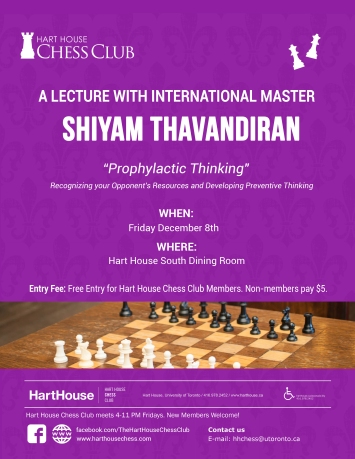